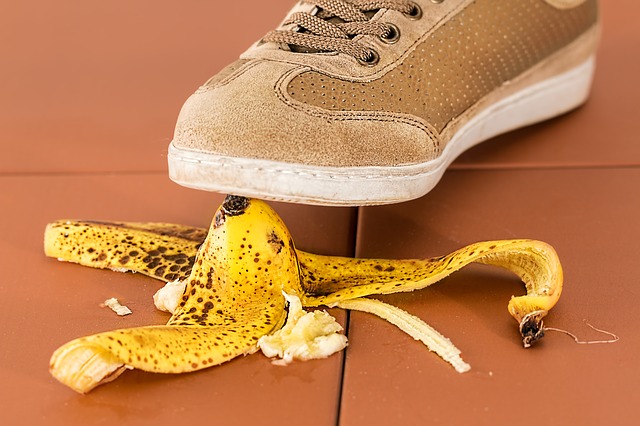 Slip and fall accidents in retail stores happen all the time: they account for thousands of personal injury claims each year in the United States. The likelihood of a fall happening increases in areas that are filled with unfamiliar objects and people, such as retail stores. Retail accidents occur more frequently during the holiday season, especially “Black Friday” after Thanksgiving, when people become more desperate to get their shopping done.

Slip and falls usually result in minor bruises and cuts, but sometimes can lead to more serious injuries such as broken bones, neck and spinal injuries, or even death. There are several ways a storeowner can prevent slip and fall accidents on his or her property. If certain steps aren’t taken, the owner may be at fault for any accidents that occur. If you have experienced a slip and fall in a retail store, you may be entitled to compensation for medical bills, lost wages, pain and suffering, and other damages.

All storeowners are required under premises liability law to keep their grounds reasonably safe from hazardous conditions that could lead to accidents. They must clean up spills and other messes, such as broken glass, promptly. This includes all stores, from the largest chain to the smallest family-run business. Reports from the National Retail Federation list the most common causes of accidents in stores:

Slip and falls in retail stores do not always result in clear-cut personal injury cases. Legal responsibility for store owners to prevent slip and fall accidents may hinge on whether they had, or should have reasonably had, notice of the unsafe condition and whether or not they failed to take prompt action to rectify the problem. Here we will look at some of the factors involved when attempting to win compensation and take a close look at real cases that involved well-known retail stores.

The following two Costco court cases show how slip and fall can succeed or fail depending on the circumstances.

In 2011, a woman sued a California Costco store when she slipped on a sample pot sticker and injured her tailbone. The store’s employees had been checking the floors once an hour, and the plaintiff argued that they should have performed these inspections more frequently since customers were walking around with free food samples. The jury disagreed and sided with Costco, so no compensation was paid.

In 2012, a California jury sided with the plaintiff who had slipped in a puddle of soapy liquid and shattered her kneecap in Costco. The woman claimed that several employees had passed by and ignored the spill, which is a good example of employee negligence. Costco had to pay $400,000 for the woman’s medical expenses and pain and suffering.

In 2002, a woman injured her knee when her shopping cart tipped over by hitting a manhole cover obscured by water. Home Depot argued that the danger was obvious and that the plaintiff should have known to avoid it. However, the Pennsylvania jury disagreed and found Home Depot 95% at fault, resulting in a $950,000 compensation for the woman’s injuries (out of $1,000,000 in damages).

A Win for Walgreens

As you can see from the examples above, not every slip and fall case results in compensation for the victim. The jury must find the store liable because of something they did, such as using an exceptionally slippery floor wax, or something they failed to do, such as clean up a puddle of liquid. In such a case, the victim must prove that the store knew, or had a reasonable amount of time to find out, about the hazardous condition and did not act upon that knowledge. They must also demonstrate that the store knew that such problems were common, but failed to have a system in place to monitor and fix any such issues.

The victim often also has to prove that the problem wasn’t obvious enough that they should have avoided it in the first place. For example, a customer won’t win a case that hinges around the location of a display case that is clearly visible from the pathway, since such displays are common in almost any retail store. The store employees must exercise reasonable safety, but a customer must similarly exercise reasonable caution. A storeowner cannot be accountable for every single thing that goes wrong, otherwise no one could stay in business! If a reasonably careful customer would have successfully avoided the unsafe condition, the store will probably not be found liable.

Most retail slip and fall accidents that result in injury have the potential to award some amount of compensation. As the victim, you must document your injuries with medical records to prove their validity. Also, the accident must not appear blatantly avoidable or staged. If these conditions are met, finding fault with the storeowner will be the focus of the case and key in determining the size of any compensation. By hiring a lawyer that is experienced in slip and fall cases, you increase the likelihood of success and the amount of compensation you receive. The team at Grennier Law, PC, is well-versed in all kinds of personal injury cases. We would be glad to help guide you through your case and fight for as much compensation as possible. If you have any questions about your California personal injury case, call us today!